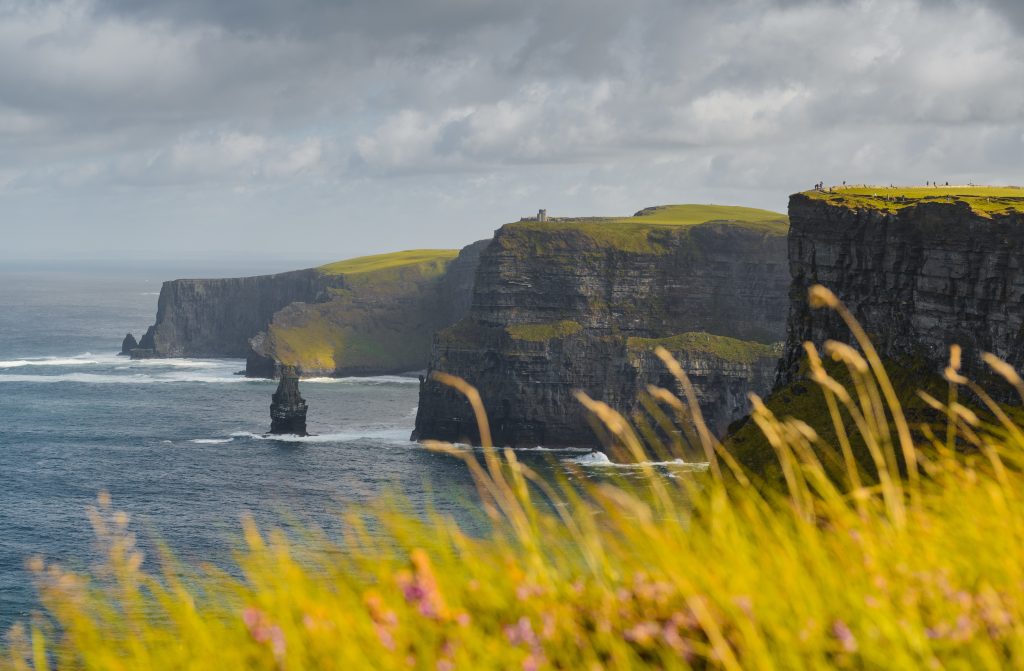 The top tourist attraction in Ireland is the famous towering Cliffs of Moher that is located on the west coast of County Clare. UNESCO recognizes these rocky sea cliffs and the Burren’s karst limestone hills as a UNESCO Global Geopark. Aside from this, the zig-zag coastal region of traditional Irish villages and towns over hundreds of years old that surrounds the Cliffs of Moher is another reason to visit Ireland.

The moment you look over the edge and see the magnificent sea cliffs, the place will be forever etched in your memories. In this post, you’ll learn the great things to see once you visit the Cliffs of Moher.

In 1835, the O’Brien’s Tower was built by Sir Cornelius O’Brien as an observation tourist tower. Since then, it has been considered the Cliffs of Moher’s highest point. One can easily access its rooftop for only an extra fee of 1 Euro per child and 2 Euros per adult. In a wonderful and eye-opening tour, you’ll see the beauty of the Cliffs of Moher and get to explore inside the O’Brien’s Tower.

The Magnificent View of Atlantic Ocean

The Cliffs of Moher are sea cliffs at the Burren’s southwestern edge that run for about 14 kilometers. At the southern end, the cliffs rise 120 meters above the Atlantic Ocean. Get to see the stunning views over the Atlantic Ocean and take Instagram-worthy photos of this giant body of water with the O’Brien’s Tower as a photo background.

From the Cliffs of Moher, you’ll also get to see the Aran Islands, which is a group of three islands situated at the mouth of Galway Bay (west coast of Ireland). It has a total area of 46 square kilometers that constitutes the barony of Aran in Ireland’s County Galway. The geology of the island is primarily karst limestone that is related to County Clare’s Burren, in which it is observed in the construction of field walls.

It’s also called Maamturks and it’s a long and broadly-straight mountain range that consists of weathered quartzite peaks in its central section. Maumturks lies opposite the Twelve Bens and the Inagh Valley and is located in Connemara in County Galway, west of Ireland. While the Maumturks aren’t popular for rock climbing, it can be done at the range’s Loch Mhám Ochóige area.

It’s also known as the Twelve Pins and it’s a mountain range that is mostly sharp-peaked with quartzite summits. It is found in the Connemara National Park in County Galway and includes the north’s Garraun Complex and several isolated peaks.

Here are some of the best things to do in the Twelve Pins:

Important Things to Know Before Going to the Cliffs of Moher:

From the Cliffs of Moher, you’ll get to see the amazing view of the Atlantic Ocean where you can take selfie photos. Also, you can visit the famous O’Brien’s Tower wherein you can see the Aran Islands, Maamturks, and the Twelve Pins. These mountain ranges are beautiful, and you can even rock climb or hill walk in some of these areas. Now you’re ready to travel to Ireland and get to visit the Cliffs of Moher.

The post What You Will See While On A Cliffs Of Moher Tour appeared first on Pommie Travels.

Our favourite restaurant in Belfast!