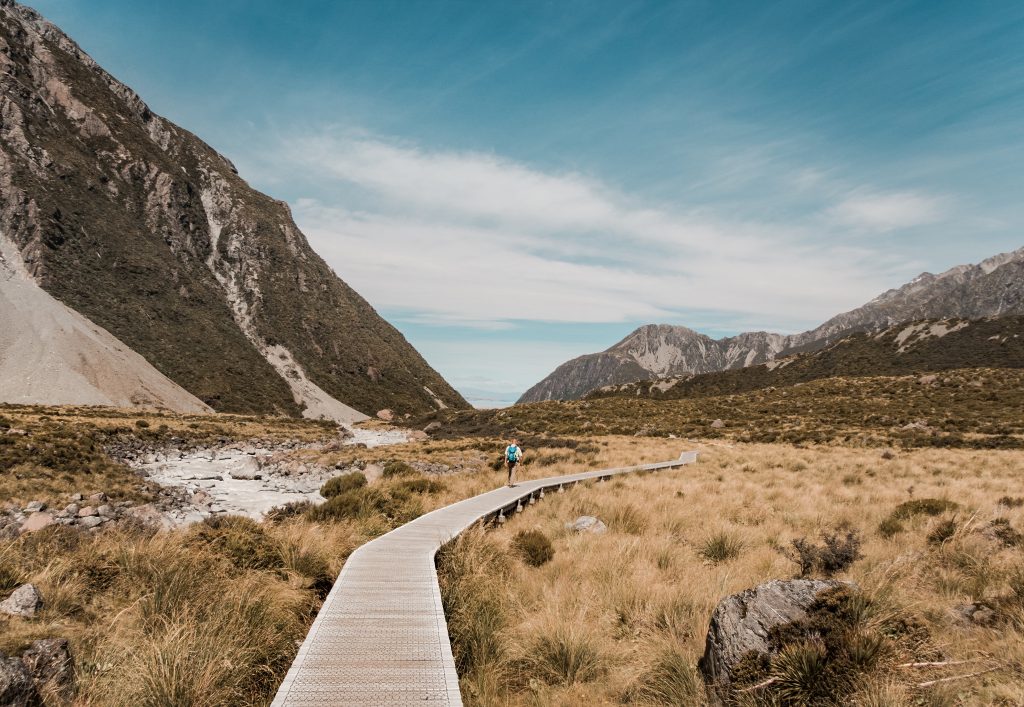 Thanks to its remote location in the world, New Zealand had a low profile for years. Then, The Lord of the Rings trilogy came out. Not long after, The Land of the Long White Cloud became a known quantity to travellers.

To be clear, there’s nothing wrong with these places. However, New Zealand has so much more to offer than these spots. Want to avoid having the stereotypical Kiwi holiday? It’s as simple as inserting a few off-the-beaten track stops to your itinerary.

In today’s blog, we’ll dish the dirt on some of New Zealand’s hidden treasures.

New Zealand is actually composed of THREE main islands, not two. The third is none other than Stewart Island. Home to 400 hardy souls, these locals live on a mostly uninhabited isle.

Once you leave Oban, the only settlement, there’s nothing but empty beaches, short, stocky woods, and windswept fields. Keep your eyes peeled for kiwis – Stewart Island is the only place in New Zealand where they are still wild!

In the Christchurch area, but need to get away from the crowds? Head straight for Okains Bay on the Banks Peninsula. Whilst nearby Akaroa can get busy during high season, Okains Bay is anything but.

Here, you’ll have most beaches to yourself. However, you’ll also have the opportunity to learn about the history of the Maori at the local museum. Cap off the perfect day by getting ice cream at the Okains Bay Store. Open since 1873, it is New Zealand’s oldest.

East of Auckland, the Coromandel Peninsula is well-loved for its forests. However, it does have fewer beaches compared to other spots on the North Island.

This isn’t to say there aren’t beaches – you just have to know where to look. For generations, locals in the Waikawau area knew of a hidden black sand beauty. Unfortunately, it was only reachable by boat. Then, in 1911, three locals took it upon themselves to blast a tunnel through sandstone.

From the time of its construction, it remained a regional secret – until recently. For now, Waikawau Tunnel Beach is a peaceful, atmospheric place to spend a delightful afternoon. There’s more to do here than lounge, though. Along its length, you’ll find a waterfall and several stone carvings in the face of its sandstone cliff.

In the subtropical north, travellers are spoiled for choice when it comes to beaches. As usual, though, some of the prettiest or easiest to reach spots can get crowded, especially in high season.

Thankfully, the allure of Northland’s Aupouri Peninsula lead many to breeze by Matapouri Bay. Its appearance will dumbfound you – perfect white sand and aquamarine water, yet it never gets overly packed.

The families that know this place can’t praise it enough. One proclaimed it is a place to which God would retire. With excellent snorkelling, fantastic yet straightforward food, and abundant opportunities for freedom camping, we think you’ll agree.

The post Discover these hidden treasures on your upcoming trip to New Zealand appeared first on Pommie Travels.