Kim Kavulak and her homebrewer husband, Paul, opened Nebraska Brewing Company in the Omaha suburb of Papillion, Nebraska in 2007, a year before the recession hit. However, not only did the brewery prove to be recession-proof, but so successful that they opened a second taproom in La Vista in 2014.

If one brewery has defined Nebraska beer, it’s the Kavulaks’ endeavor. Back in 2007, Nebraska Brewing was one of five breweries operating in the entire state; more than a decade later, the state boasts more than 50, either in production or planning.

Kim does everything except brew the beer – her business card literally reads “Chick That Makes Sh*t Happen” – and she’s become a paradigm for women joining the state’s craft beer industry. In 2019, Nebraska finally welcomed a chapter of the worldwide Pink Boots Society, an organization that empowers women in the beer business.

“It’s exciting to see women who think they can do it and are doing it,” Kavulak said.

In recent years, she has noticed that a huge bump in breweries is happening in big cities, like Omaha, and in the capital city of Lincoln, but also in other parts of the state.

“The rural areas are popping up and saying, ‘Hey, there’s a need for craft beer here; I’m going to open a brewery,’” she explained, “and their model is, ‘I’m going to make beer here for my town,’ and it’s working for them.”

Nebraska Brewing has gone strong since the beginning. Their flagship beers have won coveted medals at the World Beer Championship, including in 2010, when they weren’t even producing 1,000 barrels a year.

“We were standing on the stage with Ommegang,” she said. “It put us on the map to the extent of, ‘Hey, let’s pay attention to what’s going on in Nebraska.’ I think if we can all make beer at that level, that’s important for the industry in our state, because that begets other things in the state, like travel and tourism, and all of those things that are important. We get to be a part of that growth.” 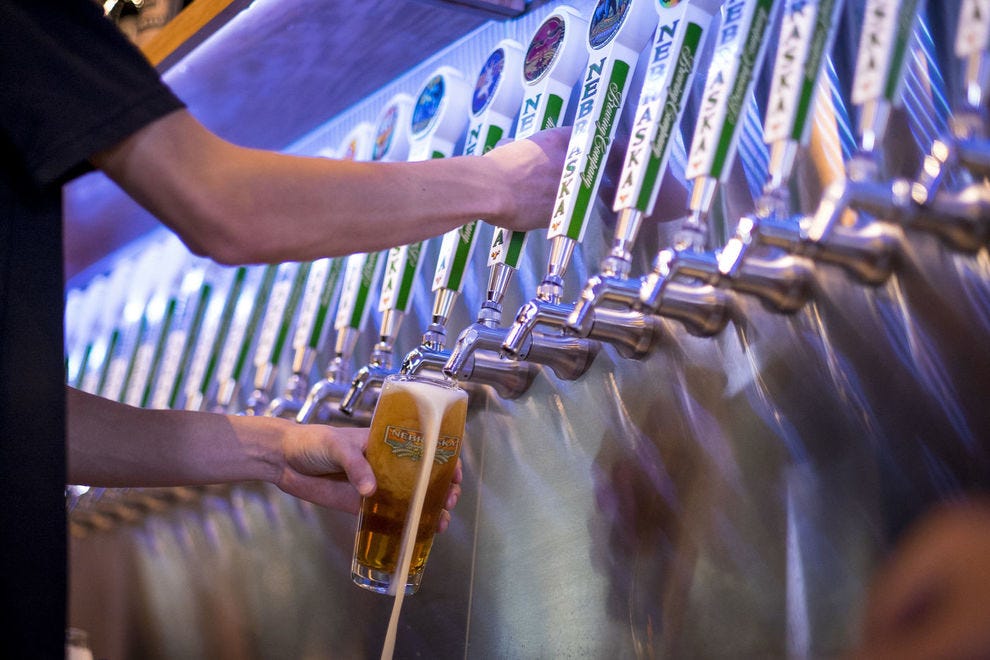 Their beers (and seltzers) cater to those who aren’t into craft beer or to beer drinkers who don’t want to drink palate crushers. When asked if a certain kind of beer defines Nebraska beer, Kavulak mentioned their Cardinal American pale ale, inspired by Sierra Nevada’s pale ale.

“For me, when we talk about beer and how we make beer and how we have shared our message to new breweries and to the general public, [it’s] that no matter what style we make, we make it very true to style,” she said. “We were told by another brewery early on to basically dumb down our beers, because craft beer was so new to Nebraska that people would never drink an IPA. So, it was important to us to not do that, because when people go to Portland or Colorado or any other beer mecca, it’s important to keep beers true to style.”

Nebraska beer is so special, it’s worth traveling to the Cornhusker State to drink it. Kavulak said she wants Nebraska Brewing to “get back to those roots of thinking outside the box” and “build on that core base.” Kavulak uses the word “co-op-a-tetion” to describe the way other local breweries share the same customer base; they aren’t competitors.

When Kavulak’s not busy being “the chick that makes stuff happen,” she tries to visit breweries inside and outside of her neighborhood. Here are four that she recommends. 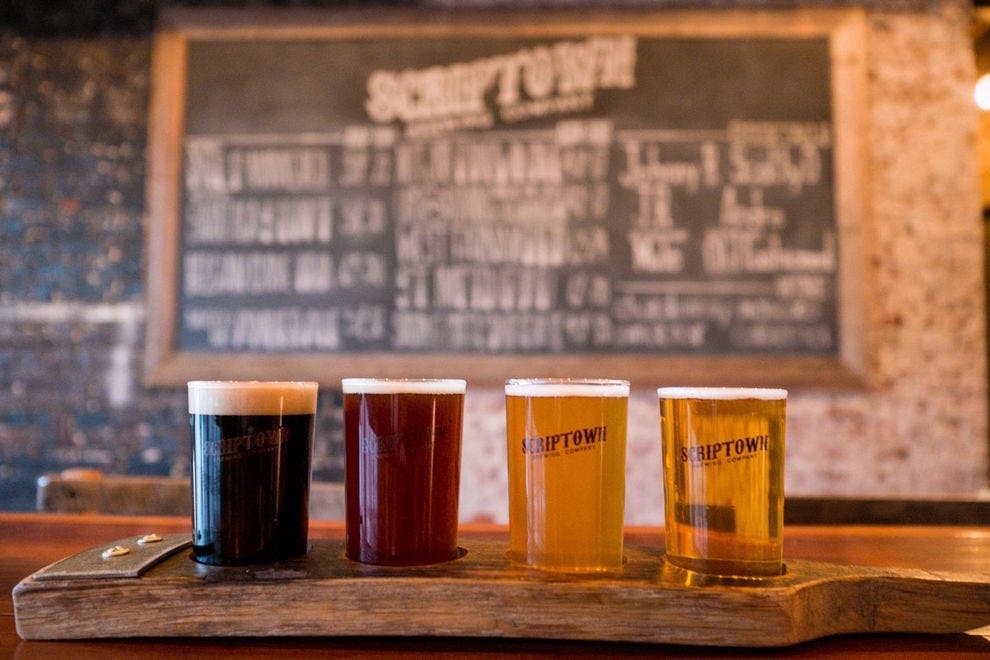 “They’re in the Blackstone District,” Kavulak said. “They’re making some solid beers – they started off with some really nice core-style and small-batch stuff, which is fun.”

Classic beer Yotus IPA is brewed with Nebraskan-grown hops, and Ups and Downs is a coffee beer in collaboration with Omaha’s Archetype Coffee.

“It’s way out in the western part of the state, in North Platte,” Kavulak said. “They’re doing some really fun beers. They did a crème brûlée beer for the beer fest. I like them a lot, too.”

The beers consist of IPAs, fruit beers, spicy ones (Jalapeno Cream Ale), lagers and more. While drinking beer, guests can also enjoy appetizers like cheese curds and pizza “fries” (pizza crust topped with garlic butter and mozzarella), as well as a selection of quesadillas and pizzas.

In 2017, Tom and Lindsey Clements opened Vis Major, situated in Omaha. In Latin, Vis Major means “act of God.” They brew a little bit of every type of beer, including a watermelon gose, a single-hop IPA, and a raspberry hibiscus saison. Pair the beer with their beer hall food menu (stuffed pretzels!) and cocktails.

Kavulak likes that Vis Major is a “neighborhood-style brewery.” “You’re seeing a lot more of that with the proliferation of breweries – that people are making their neighborhood brewery their watering hole. Vis Major, I think, is one – that’s their approach. They want to be your neighborhood brewery. People go where they’re comfortable and drink what they’re comfortable with. It’s more of that loyalty feeling here.”

Kavulak doesn’t get to Lincoln much (about an hour southwest from Omaha), but when she does, she likes to visit Cosmic Eye Brewing.

“Sam Riggins is a former brewer of ours who left to form his own brewery. He’s got a really cool vibe going on and some really great beers,” she said.

Riggins and his wife, Michelle, opened Cosmic Eye in 2018, inside a former laser tag center. Many of the 20-plus beers on tap have fantasy-themed names, like Everything Has Eyes NE IPA, Unlock the Time Dragon IPA, Laser Quest 2.0 ale and Gaze of the Basilisk black lager. They also make a bloody Mary mix combined with beer, and for those who like to punish themselves, get a shot of Malort.