On a recent trip to Western Europe, we were delighted to return to some of our favorite destinations where we made new memories, as well as discover new-to-us gems that dazzled in ways we never imagined. Our time abroad reminded us of something we had missed and craved deeply: overseas travel and the consequential connections that make us feel part of the greater whole.

Here are some favorites from our latest European excursion. 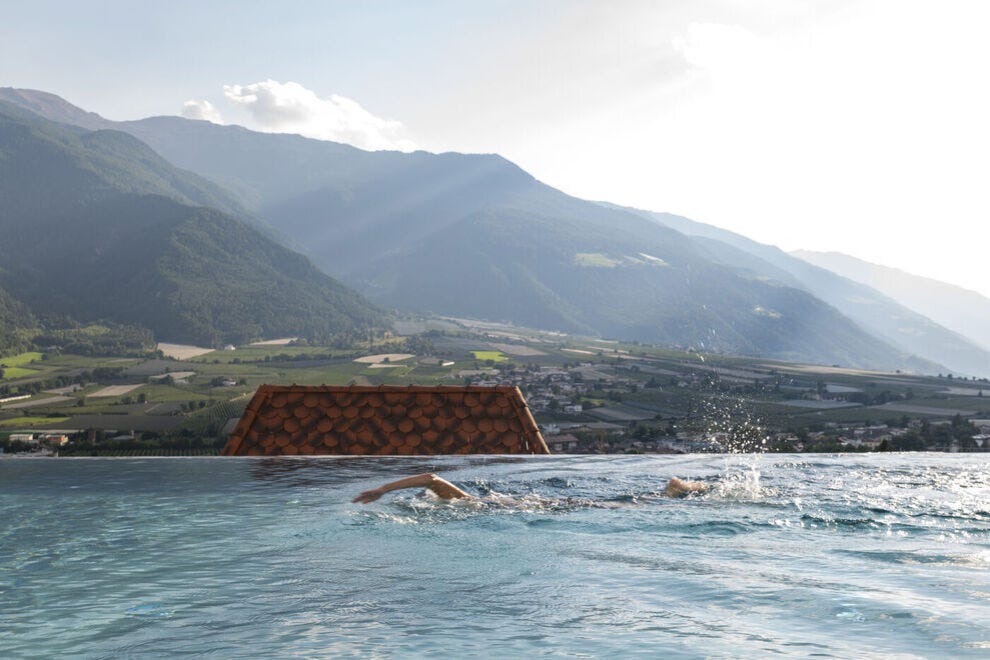 The highlight of this particular itinerary, which focused on France and Italy, was our stay at Preidlhof in South Tyrol, Italy. This spa hotel melds luxuriously modern amenities with ancient healing practices centered on transformational wellness and integrated health. Nestled in the rolling mountains of Naturno, the resort sits among vineyards and apple orchards. The tolling bell towers from nearby churches make the setting feel like something from a storybook.

Guests can take a dip in 10 different swimming pools, including a dazzling rooftop infinity pool. The expansive spa features a six-floor “Sauna Tower,” where guests can experience Turkish baths, salt rooms and meditation cabins. While adventurers will delight in the region’s rivers, lakes and mountainous hiking trails, those craving quieter rejuvenation can savor a broad range of wellness treatments, from olive oil and hot stone massages to yoga classes and sound baths. 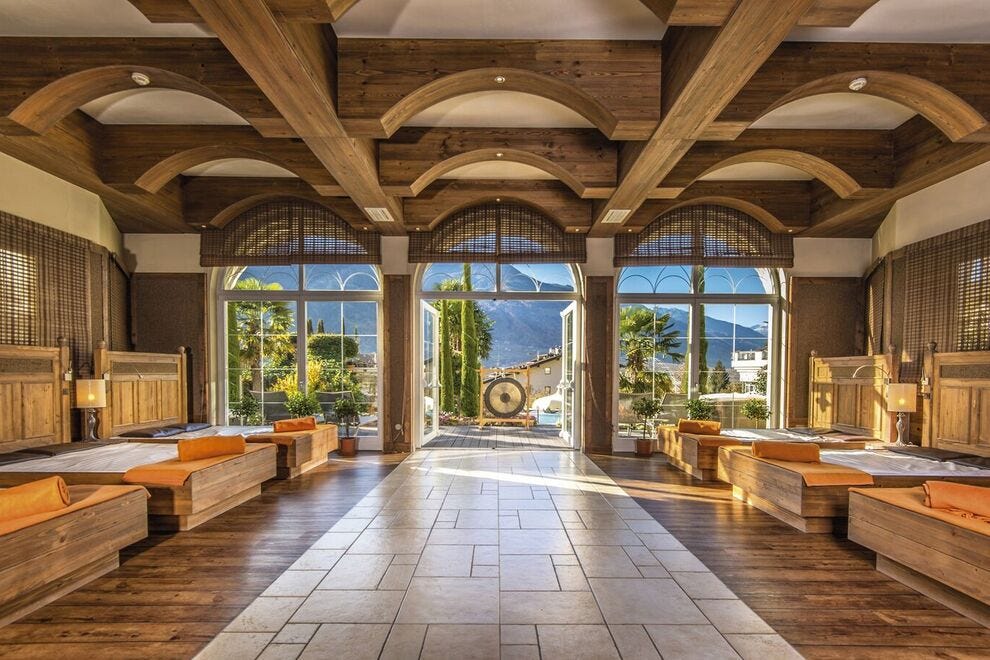 The French portion of our trip began in Paris, the City of Light, where enchanted moments inevitably arise while winding your way down narrow streets. Certain Parisians will point out ways the city has changed since 2020. Some younger chefs no longer want to work on weekends, one guide tells us. Bars close earlier than they might have pre-pandemic. Yet, some charms here remain the same. You can sit on the edge of a fountain on any bustling Saturday morning and watch residents move between their favorite boucherie, fromagerie and boulangerie. 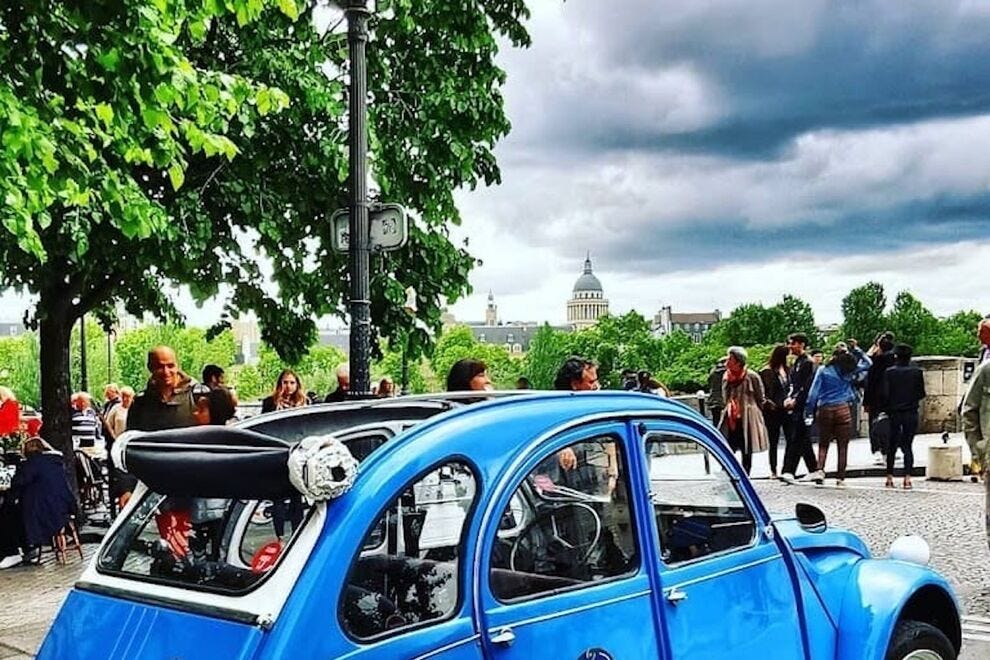 Consider exploring the city through a new lens with Marriott Bonvoy Tours & Activities, which pairs you with a knowledgeable local resident. In Paris, fun-filled excursions range from sightseeing cruises down the Seine to tours on foot, by bike and even in vintage cars!

While there are enticing lodging options in any of the city’s 20 arrondissements (municipal districts), we happened to find a more affordable option in La Défense, which encompasses the communes of Courbevoie, Puteaux and Nanterre. La Défense is home to 150-plus restaurants, numerous food trucks and Paris La Défense Arena. Boasting 40,000 seats, it is the largest indoor stadium in Europe. La Défense is conveniently connected to five lines of transport, including two Réseau Express Régional (RER) lines, making it easy to zip around town. 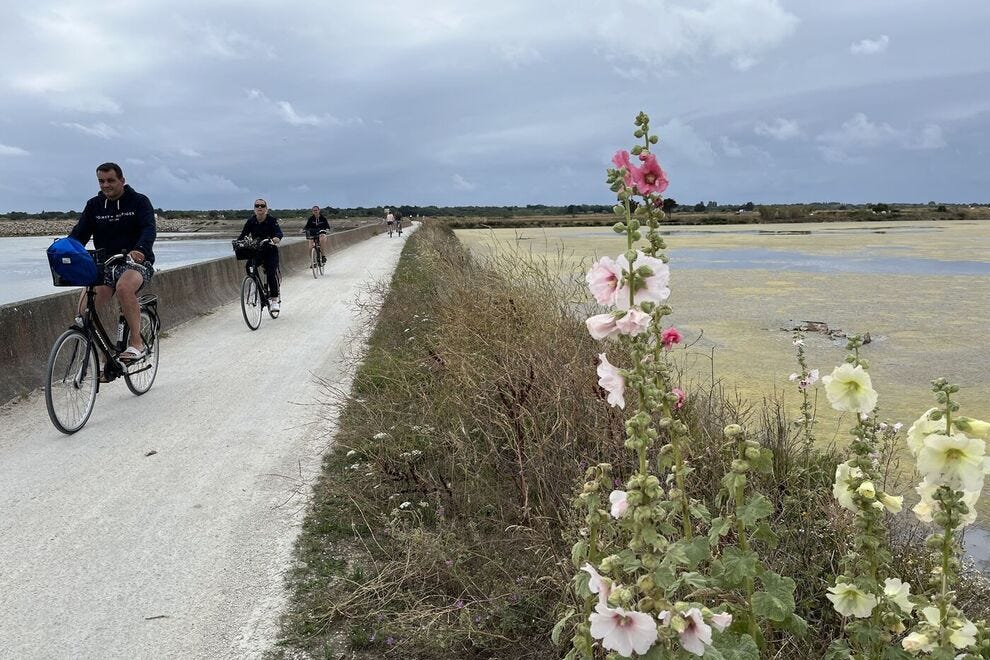 Île de Ré, an island off the west coast of France, is known for its salt marshes and beaches. Days unfold at a leisurely pace after the daily market run to procure flaky croissants and pain au chocolat. The biggest decision of the day: which direction to point your rental bike, as you gear up to spend hours weaving around the island’s flat, easy paths.

You can pass the week cycling through fields of sunflowers and salt plains, where retail huts, operating on the honor system, allow you to pick up salt for your evening bath or dinner dishes. At lunchtime, find a quaint village eatery and dine on the island’s freshest oysters or a simple poké bowl. 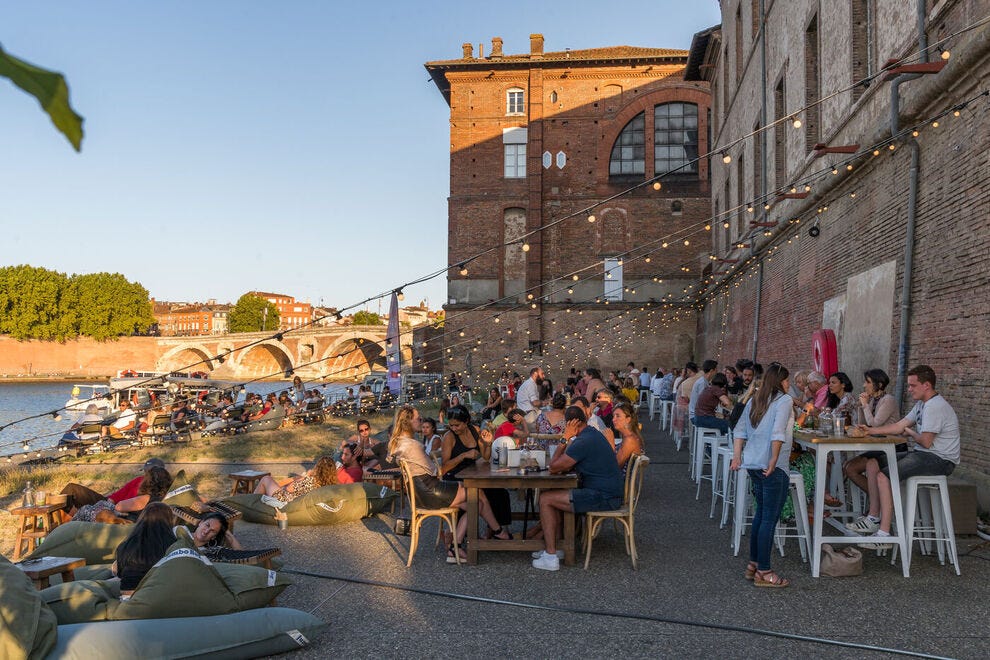 In the south of France, explore the wonders of Toulouse, capital of the Occitanie region. This is a town where the sun burns bright (on average, more than 2,000 hours of sunshine a year). There is a steady buzz of activity along sidewalk cafes and in bustling markets, such as Marché Victor Hugo, a feast for all senses and Toulouse’s largest covered market. Also, its location makes Toulouse an excellent hub from which to explore nearby destinations, such as Montpellier, Albi, Carcassonne and even Spain.

Toulouse’s cultural treasures are many. Within the city’s garden quarter, the Toulouse Nature History Museum unlocks the mysteries of the living world. Lunch in the museum’s garden cafe and tearoom, Le Moai, is an absolute must. Enjoy soups, salads and plenty of vegan options, from hummus and gazpacho to chia pudding with coconut milk.

Don’t miss La Halle de la Machine, an exhibition showcasing some of the fantastical, larger-than-life, mechanical creations of La Machine, a street theater company. The famed Minotaur and the Spider, made of wood and steel, are the supersized stars here.

Nearby, pay a visit to L’Envol des Pionniers, which offers a fascinating look at the history of Aeropostale. Visitors can meander through the historical buildings, where the great love story between Toulouse and France’s airmail service began. Wander the workshops where pioneers built their planes and the runway from which they took off. Learn about important figures, like aviation pioneer and lauded author Antoine de Saint-Exupéry.

On your last day in Toulouse, relax in one of the signature yellow chairs on the patio at Monsieur Georges to people-watch and remember exactly why it is you travel. Indulge in cold platters of fruit de mers and baskets of crusty bread. The servers don’t seem to be in a hurry. In fact, no one here does. The focus is to savor good food, good drink and good company.

This is a place where pleasure is expected, and celebrated, each and every day.