Did you know that tequila is a type of mezcal, but mezcal is not tequila? Tequila is made exclusively from blue agave in Jalisco and a few select Mexican municipalities, while mezcal can be made from a variety of agave species in nine Mexican states.

Here are 10 facts about mezcal and reasons to try it. We’re pretty sure you’ll be glad you did. 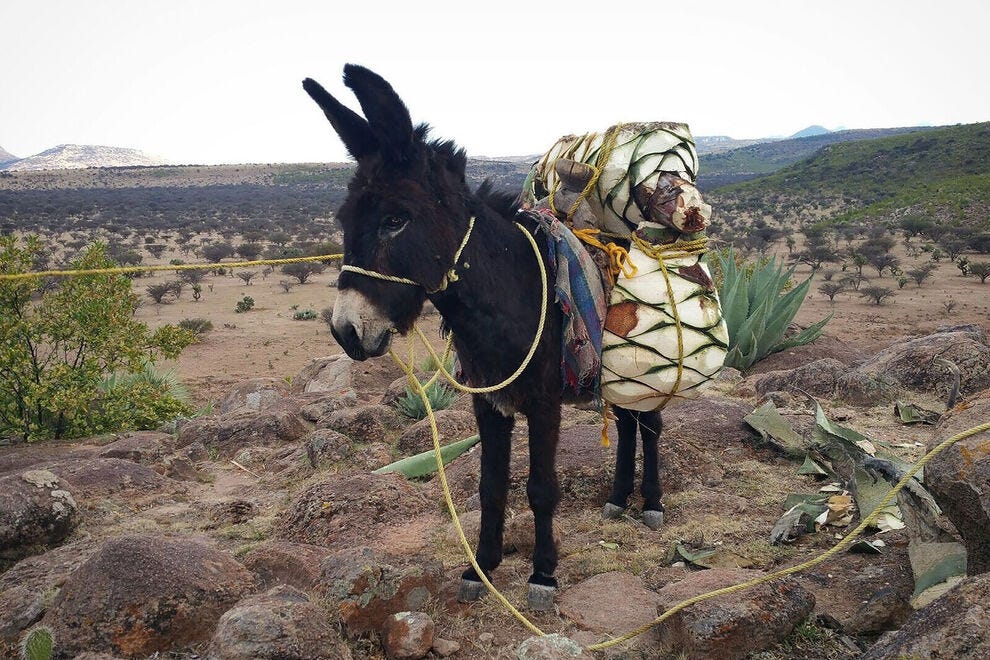 Mezcal is a unique spirit

Mezcal has been produced in Mexico since, some say, the Spaniards brought the process of distilling to the country over 400 years ago. Others propose that Indigenous people developed the process. Today, mezcal has evolved from a locally produced spirit that often had a “worm” (a moth larva, actually) in the bottom of the bottle to a medium-priced to high-end spirit that sophisticates prize as much as their single-malt scotches. 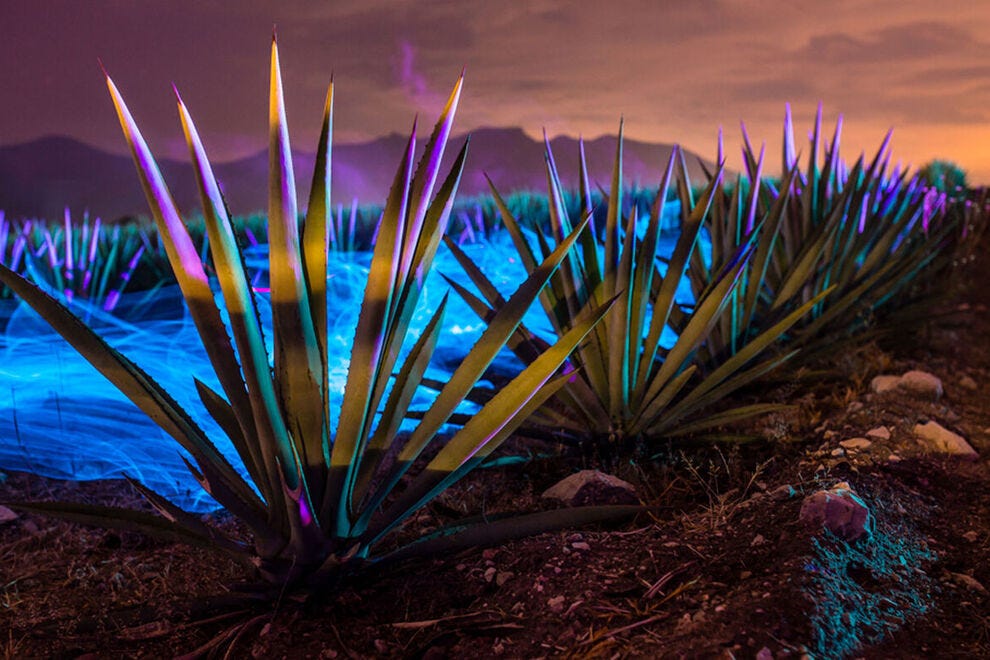 Mezcal is produced under a “Denomination of Origin”

Mezcal must be produced under the country’s Denomination of Origin (DO). Oaxaca, Durango, Guerrero, Guanajuato, Michoacán, Puebla, San Luis Potosi, Tamaulipas and Zacatecas are allowed by law to produce mezcal from “maguey,” or the numerous agave species growing in these Mexican states. The DO designation (think DOC and DOCG for Italian wines) assures you the mezcal you’re drinking is the real thing. 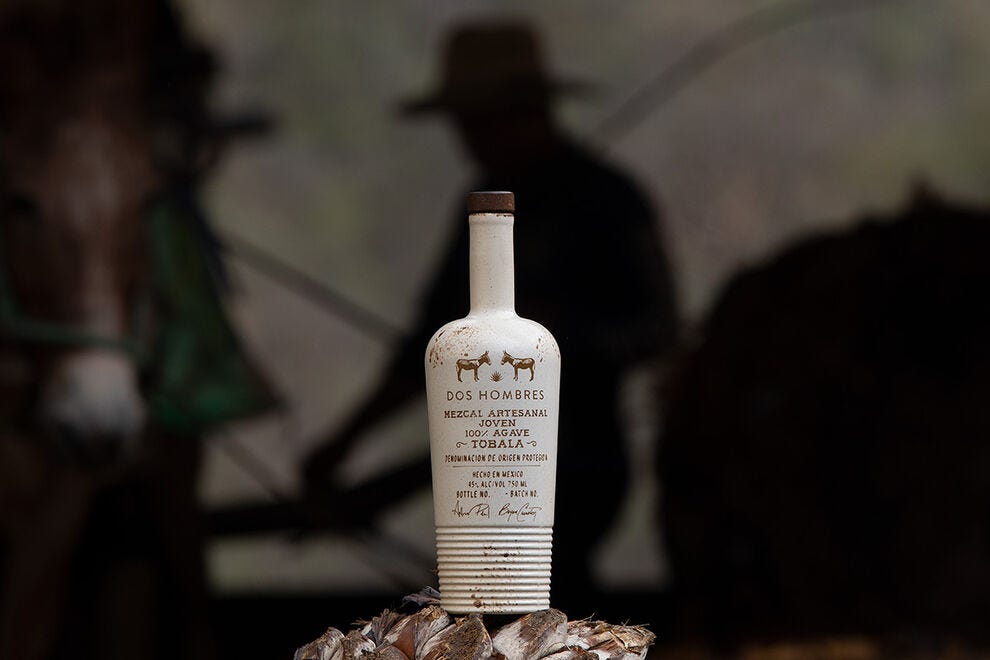 There are more than 200 known species of agave, but only a small percentage is used to make mezcal. Espadin is the most common variety, taking six to eight years to mature before it can be harvested. Tobalá is smaller in size and takes 10 to 15 years to mature. Tobaziche, Arroqueño and Tepeztate take as long or longer to grow, making these mezcals even more exclusive. 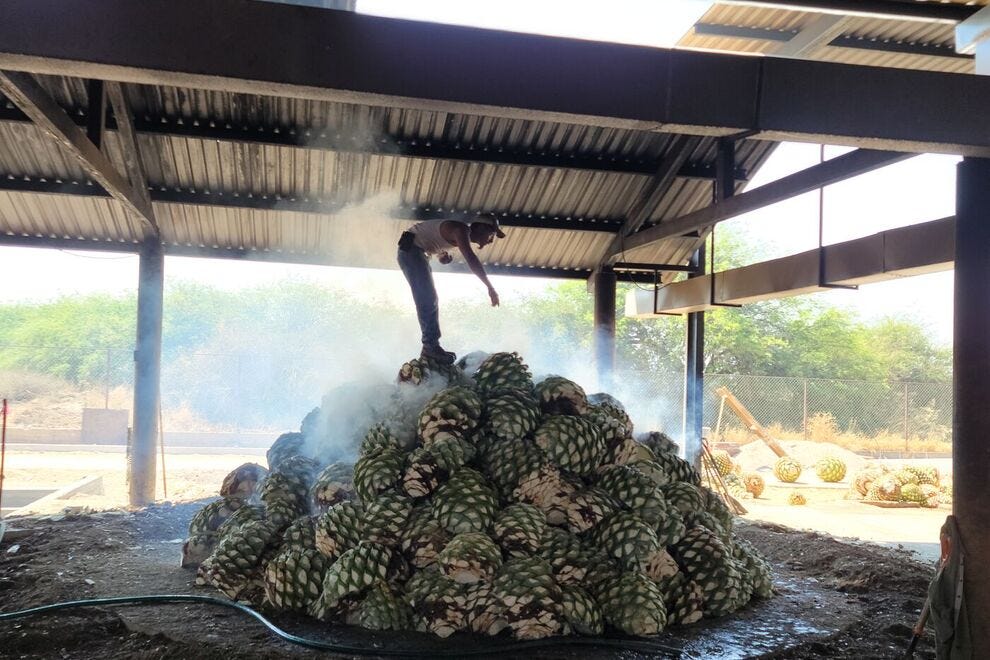 If a mezcal is labeled ancestral, the spirit is made from wild agave, and the piña (the heart of the agave plant) is cooked in earthen pits or underground ovens. The piñas are then crushed by hand or with stones, fermented in wooden vats and finally distilled in clay pots. The use of stainless steel and copper is prohibited. The result is a mezcal that boasts an earthy, mineral flavor. A bottle of ancestral mezcal in the United States can be upwards of $200 or more. 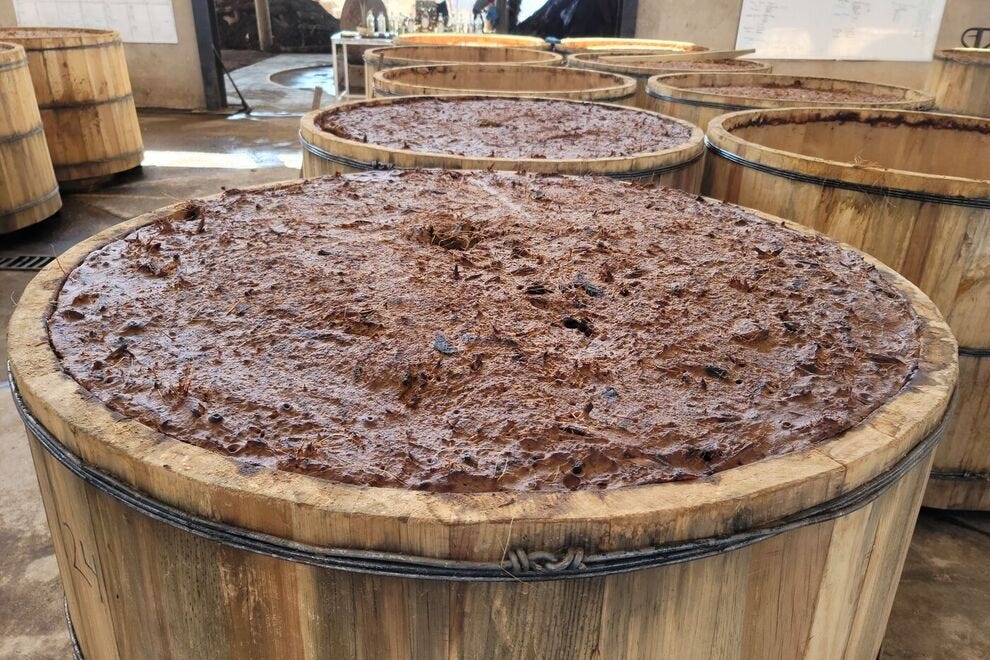 Artesanal mezcal production has its rules too

Artesanal mezcal is the more common mezcal you’ll find in bars and liquor stores in the United States. With artesanal distillation, the agave piñas are placed in outdoor pits or ovens made of lava rock or bricks. The piñas are slowly roasted until they are ready to be crushed. The crushing is done with a “tahona,” a large stone wheel that is pulled in a circle by a donkey or a tractor.

The resulting mash, or “mosto,” is fermented in open tanks by absorbing wild yeasts. Distillation happens in copper stills; no stainless steel or autoclaves allowed. This distillation process makes for a mezcal with smooth and creamy notes, often enhanced by time in oak barrels. 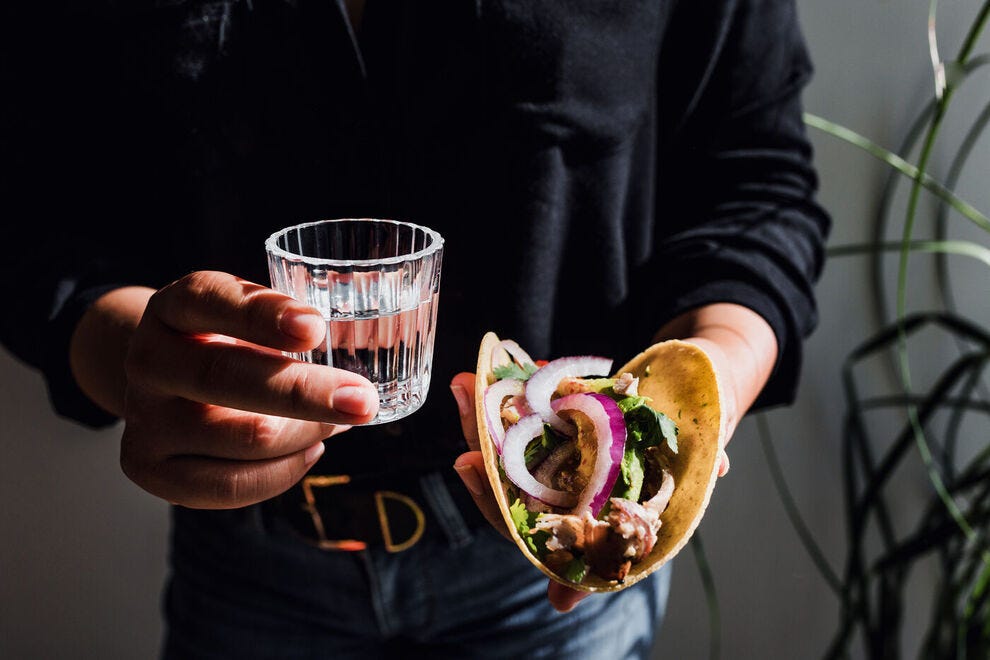 Vegetarians and vegans may want to steer clear when they see “mezcal de pechuga” on the menu. Made in small batches after distillation is complete, a mezcal de pechuga goes through an extra distillation with fruits, nuts and herbs, as well as a skinned animal breast (such as chicken, turkey or rabbit) hanging above the boiling pot to infuse more flavor. For instance, Bosscal Pechuga de Conejo has apple notes with a hint of rabbit in the finish. 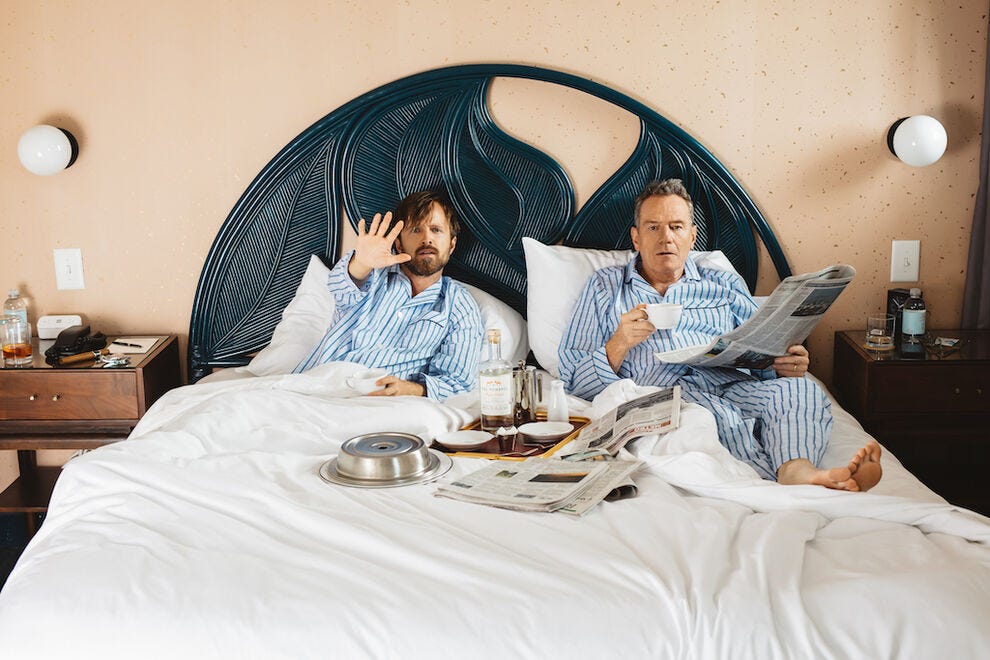 “Mezcal is really going to grow, I think,” said Cranston, at a Tales of the Cocktail convention. “It’s exotic to most people; there’s a titillation to it, a mystery to it.”

Even in Mexico, where mezcal is more mainstream, famed actor Luis Gerardo Méndez co-founded the Ojo de Tigre label and is now bringing it to American tastemakers. Brand spokesperson Niño Gandulla explains, “He loves agave and is completely involved as part of the brand’s partnership.” 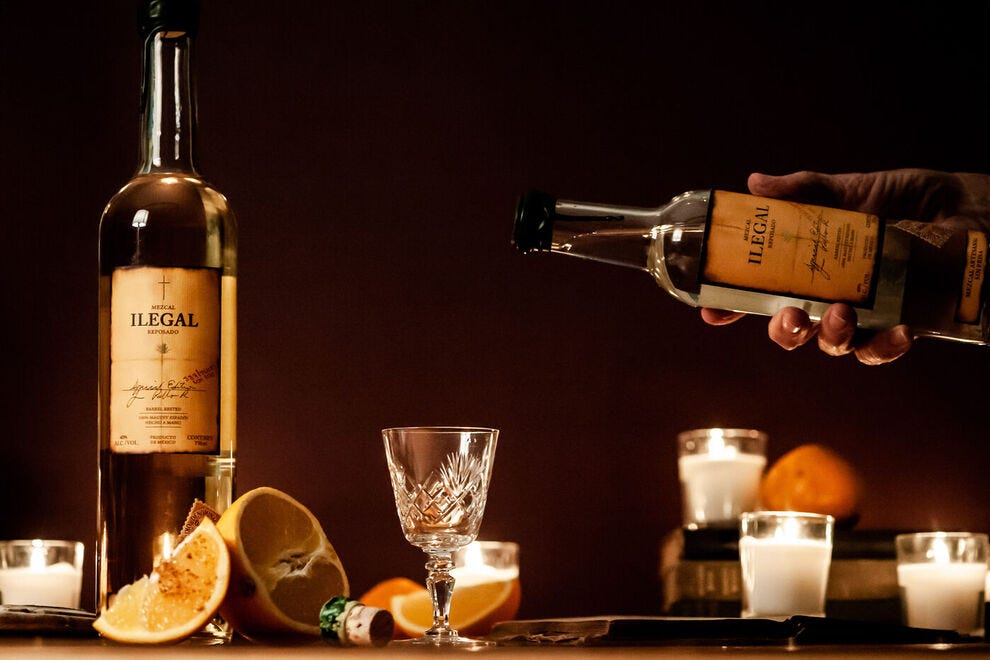 Depending on its age, mezcal is joven, reposado or anejo

Clear in color, “joven” is the least aged, and it spends no time in oak barrels. “Reposado” has a light caramel hue and spends at least two months, but not a full year, resting in oak. “Anejo,” the color of liquid gold, is the most aged and must be in the barrel for at least a year. Each type has a distinct flavor profile, so tasting them neat (at room temperature without ice) is the way to discover which suits your palate. 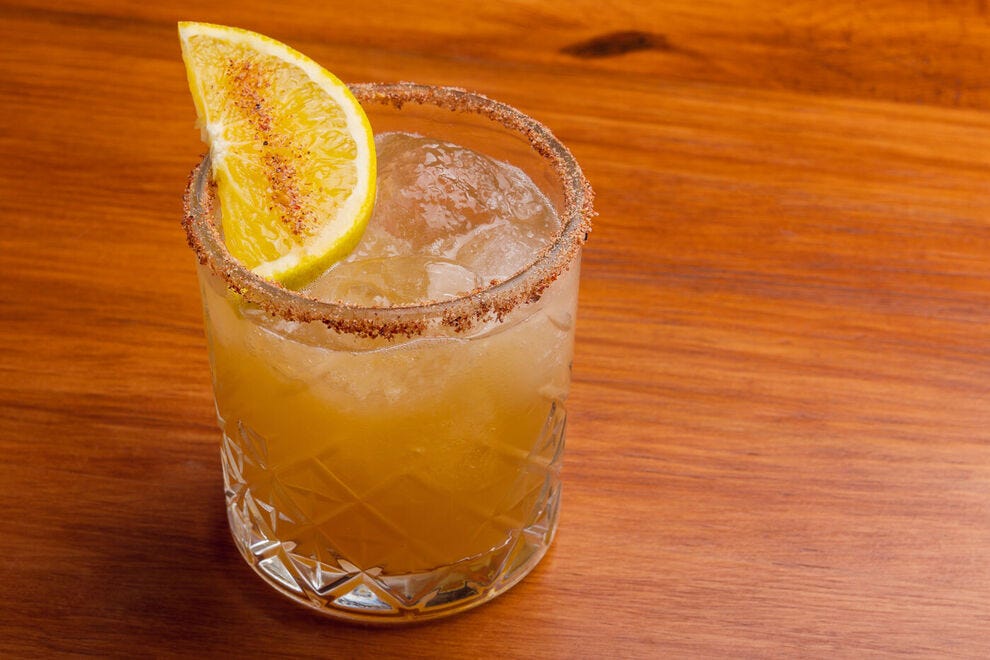 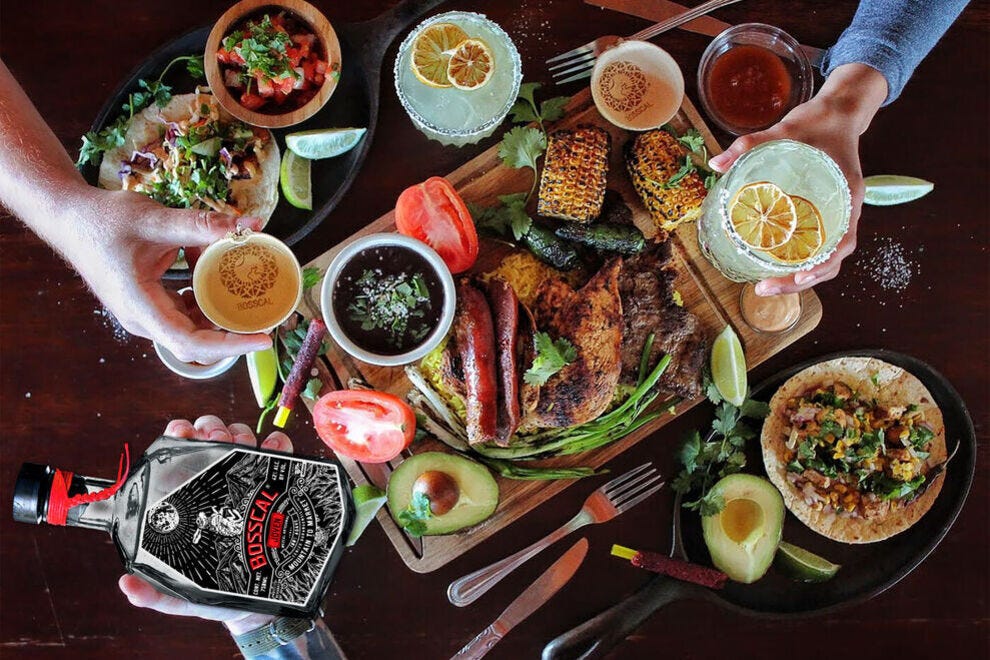 Everyone wants to join you in a taste

With more than 200 mezcal brands (and counting more every day), there are plenty of mezcals to try. The good news is that the word is out about mezcal, and everyone you know who likes to drink spirits is ready to share the experience, so gather up a group and start tasting. We suggest beginning with a blind tasting, asking everyone to bring a bottle of their favorite mezcal to the party. You’re bound to be surprised at the range of tastes and quality, especially if someone slips in one of those pechuga bottles!