With more than 5 million visitors each year, the Vatican is one of the most popular travel destinations in the world. Because of that, it’s also one of the most crowded and can be challenging to explore and fully enjoy.

But imagine you were able to stand in the Sistine Chapel and take your time admiring the genius of Michelangelo with just a few other people doing the same. In fact, what if you were able to actually help the head clavigero – the keeper of the keys – unlock the doors to the whole operation early in the morning before the public descends on it?

GetYourGuide, the popular travel experience platform, has created an exclusive bucket list experience called Turning the Lights on at the Vatican Museums that gives you the opportunity to do just that. What makes it superior to similar offerings is that 1) it’s free and 2) you’re accompanied by Gianni Crea, who has held the keys to the Vatican Museums for the last 25 years.

With a whopping 2,797 keys to keep track of, that is an enormous responsibility – and one he takes very seriously. Crea, who oversees 10 other clavigeri, can recognize each key by sight and tell you exactly which door it opens. 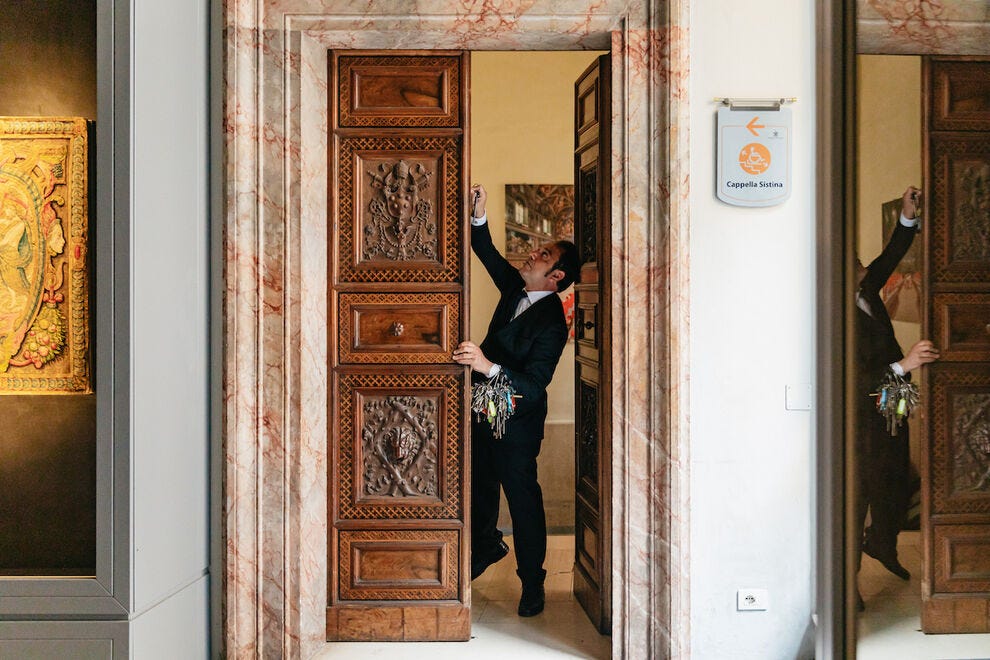 I got to join him and two couples who had won tickets through GetYourGuide and, although I have been to the Vatican twice before, it was as though I was seeing it for the first time. In fact, for much of it, I was.

We gathered before the sun was even up and at precisely 6 a.m. were welcomed inside, where we met Crea, who, with a gleam in his eye, proudly held up the tools of his trade: giant rings of keys. Lots and lots of keys. When he showed us the envelope holding the only key in the world that unlocks the Sistine Chapel, I was convinced that Crea must be one of the few people in the world who never loses his keys.

Every night, that key is placed back in an envelope, sealed, signed and countersigned by the key keeper and the management office before being stored in its own safe. If that were my responsibility, I don’t think I’d ever sleep. 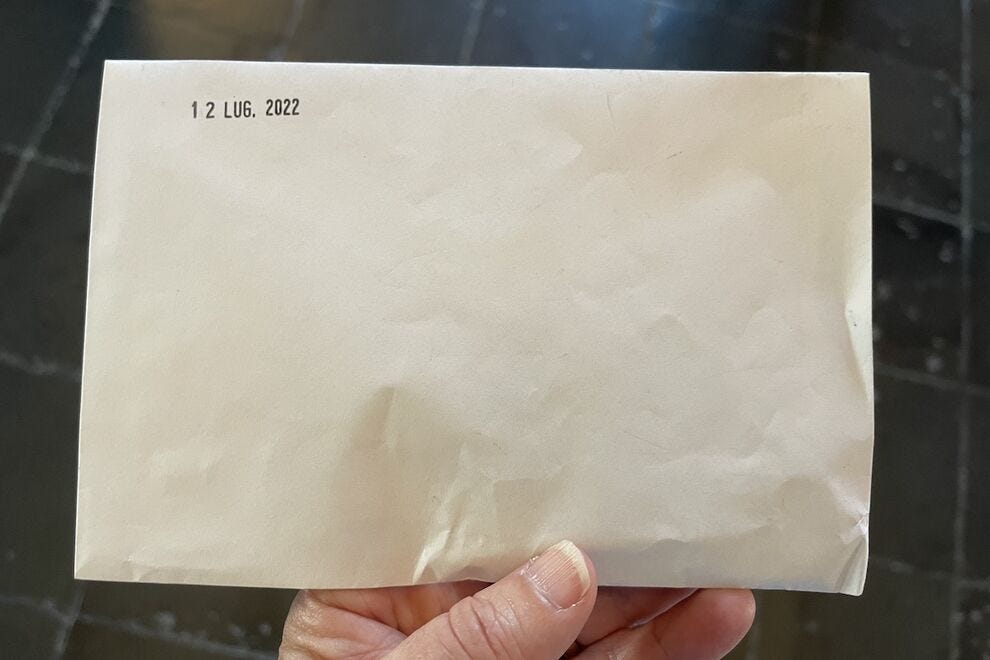 One by one, we were each given a chance to unlock doors and turn on lights as we made our way through the magnificent and oh-so-quiet museum, inserting (and sometimes fumbling with) keys and flicking on switches. Each key was handed over solemnly and accepted with giddy anticipation about what lay behind the specific door it would open.

It was impossible not to gasp a little when the Gallery of Maps – dark when we arrived – was revealed in all its illuminated glory or when Crea invited us to step behind Laocoön, one of the world’s most famous ancient sculptures, to put closure on a story he had told us by revealing a surprise most people will never get to see. (Sorry, it’s a secret we just can’t give away.) 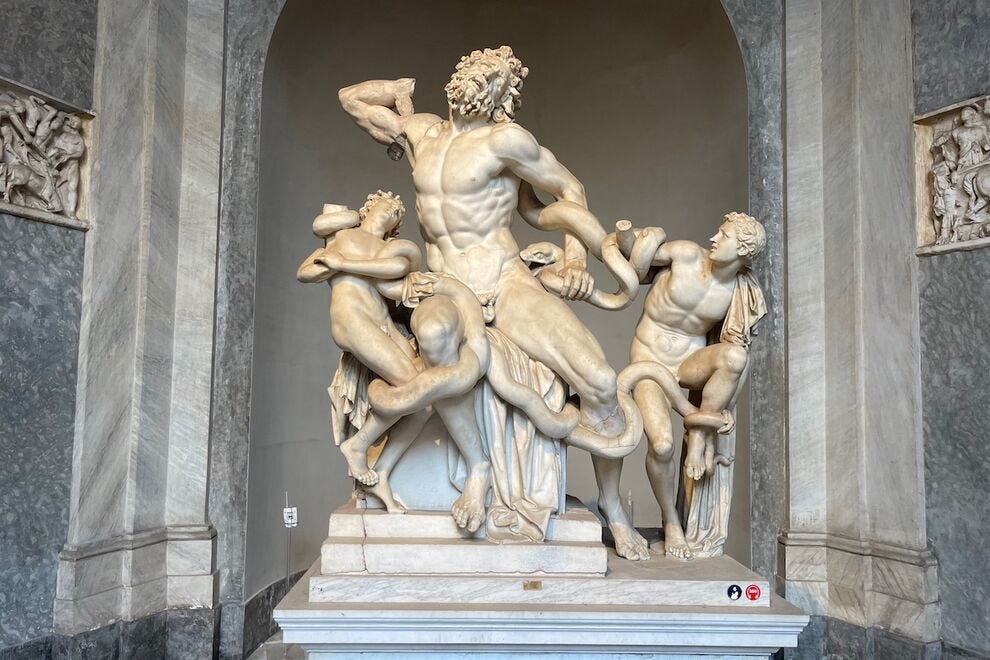 And that wasn’t the only treasure to which we were given exclusive access. Crea led us up the original spiral Bramante Staircase, an architectural wonder when it was built in 1505 and just as impressive today. Off-limits to the general public because it’s too narrow to support 20,000 visitors walking on it daily, it offers panoramic views that are topped only by those from the Nicchione Terrace above the Pinecone Courtyard. Crea’s “favorite spot,” it boasts spectacular views of the Vatican Gardens, the dome of St. Peter’s Basilica and seemingly all of Rome. It’s easy to see why he likes to spend time up there.

But the highlight of the trip, the room everyone secretly – and some not so secretly – wanted to be the one to open was the Sistine Chapel. We approached it like we had just reached Oz, and when Crea pulled out the envelope to reveal the key, he decided to have a little fun with us and place it among all the others. Whoever could pick out the right key would be the one to open the door. 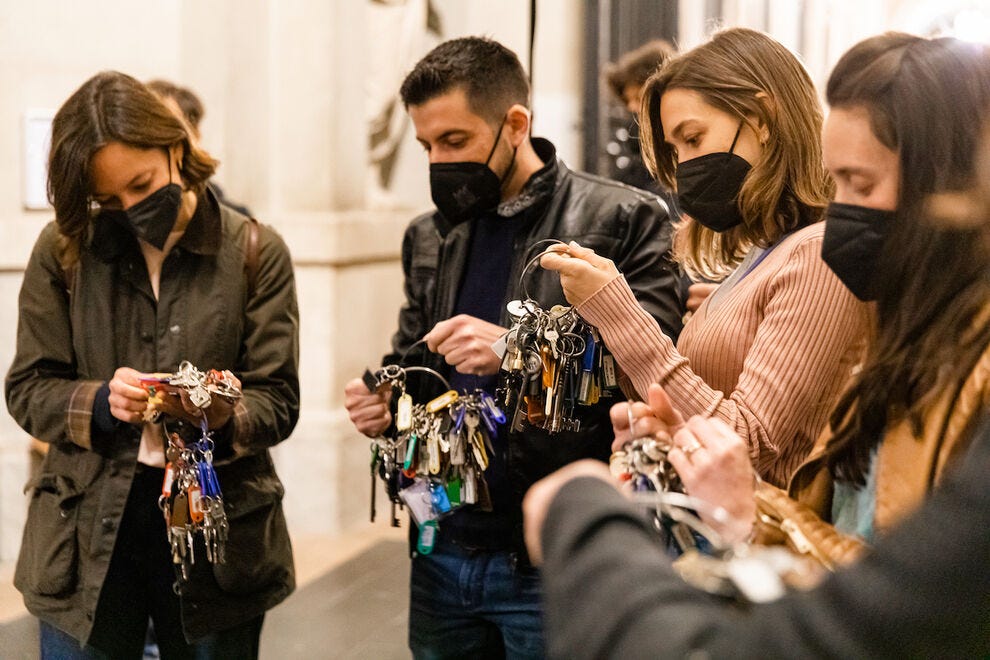 There are 2,797 keys that open all the doors of the Vatican Museums — Photo courtesy of © Copyright – Governatorato S.C.V. – Direzione dei Musei.

The amateur clavigero climbed the stairs, slowly unlocked the door and I swear you could hear the angels sing. There was an air of hushed reverence as we entered the Sistine Chapel, grinning at our stupid luck and trying to stay present. After all, we were alone with Michelangelo’s masterpieces.

I reveled in the privilege of being able to truly look up at that iconic ceiling, to think about what I was seeing without being told to hurry up. Last time I had been there, I was basically pushed along by the crowd and reminded not to take photos. This time, I didn’t have to hear anyone’s voice and could totally immerse myself in the incredible beauty surrounding me.

We spent quite a bit of time in the Sistine Chapel, each wrapped in our own thoughts and absorbing whatever it was that we individually needed. It was, in its own way, a religious experience – and that’s why Crea loves leading these tours. 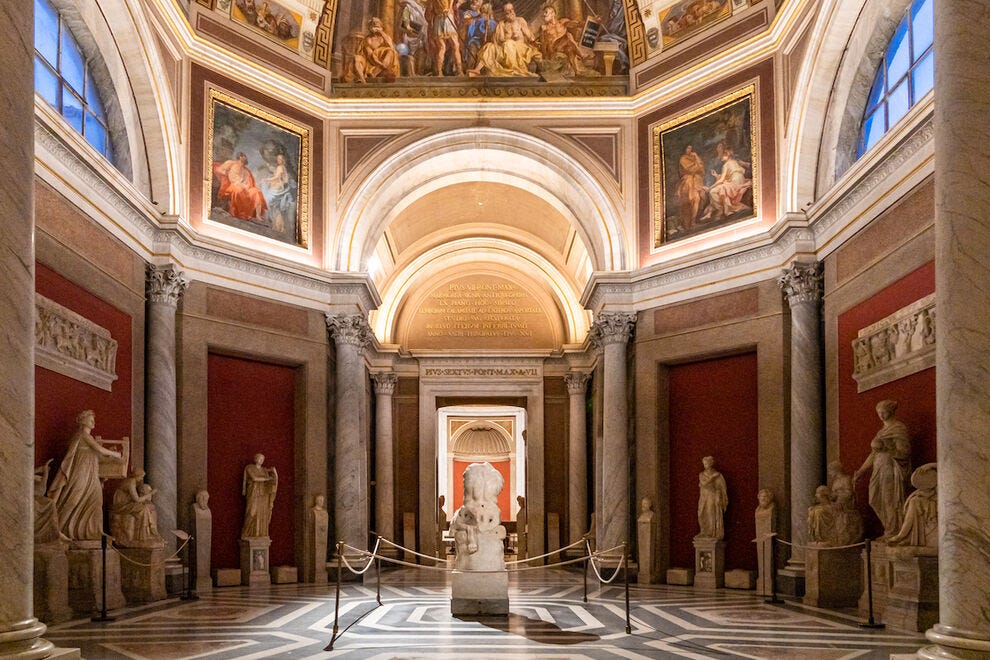 Imagine getting to experience the Vatican Museums without the crowds — Photo courtesy of © Copyright – Governatorato S.C.V. – Direzione dei Musei.

“You don’t have to be religious at all to fall under the spell of the Vatican Museums,” he told me, through a translator. “Art is so powerful and so unifying, it’s impossible not to be moved by what you see and feel here. There is nothing like watching people’s faces as they open doors and open their minds.”

GetYourGuide will be offering free tickets to Turning the Lights On at the Vatican Museums on select dates on a first-come, first-served basis, and you’ll want to check their website for announcements.

Although this once-in-a-lifetime experience is simply business as usual for Crea, he swears the job never gets old. “There’s always something new to learn from these iconic historical figures and stunning works of art and architecture,” he admits. “I wonder how it was possible to create all this beauty so many centuries ago. That’s a mystery to me. I still can’t unlock that one.”